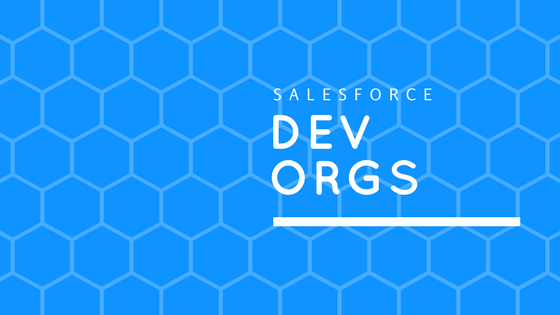 Unlike Partial Copy and Full Copy Salesforce sandboxes they can be refreshed once a day. This is useful for achieving the aim of keeping your dev orgs looking as much like production as possible.

Why to use Salesforce Developer Orgs

Developer orgs (sandboxes and Dev Edition) are useful because they allow you to make changes in a safe environment. You wouldn’t want to be updating key pieces of functionality directly for your business without testing it extensively first. Dev orgs allow you to do just that.

They also provide an opportunity to experiment. Developers are born inventors and they often do their best work when allowed to let their imaginations run freely. This can happen in a Salesforce dev org in a way that it cannot in production.

How Many Salesforce Dev Orgs Do I Get?

It’s startling that so few organizations are using their Salesforce developer orgs because of how generous most Salesforce plans are with them. Salesforce Professional edition offers 10 Salesforce dev orgs out of the box. Enterprise gives you 25 and Unlimited Edition grants a full 100. So they are not scarce resources for most organizations.

Given the plethora of orgs that most companies have available to them, it is reasonable that every developer on your team should have their own Salesforce dev org.

If each developer has their own org, they are able to work in a manner that is more aligned with continuous integration. One of the key benefits of CI is minimizing merge conflicts. By making frequent, small changes instead of infrequent large changes you can ensure that your code is deployable and you aren’t making large breaking changes that are difficult to understand, test and rollback.

Providing each developer their own org also helps a lot with code clobbering. If two (or six as we often see) different developers are working on the same class in the same org it’s almost certain that they will overwrite each other’s work. Source control can help with this, but it’s still dangerous to have people making changes on the same org because not even source control can always solve that.

Admins Should Use Salesforce Dev Orgs Too

This applies to Salesforce admins as well. Declarative changes are just as important as changes to code and should be treated as equal citizens. This is the great thing about the Salesforce platform. If admins each get their own org it will help them avoid conflicts. At the very least, admins should be allowed to use their own orgs for making changes outside of production.

The Dream for Salesforce Dev Orgs

In a perfect world, every developer (and admin) has their own development environment - just like they would in any other software ecosystem.

Each day they can work on features in their own org, testing them as they please. Once a developer is happy with their changes they can check them into source control (or let Blue Canvas handle that for them).

Next, they can merge the code from their Salesforce developer org into a staging or UAT environment such as a Partial or Full Copy sandbox. Here the team can test the feature and ensure that it integrates nicely with other features, data and metadata.

Once that is done, the metadata is migrated from UAT to production.

Finally, all your production changes should be synced downstream to your UAT and Salesforce developer orgs to ensure that the dev orgs are as close to production as possible.

Achieving this workflow in Salesforce today is quite difficult and it requires expensive maintenance and setup.

Why Don’t More Developers Have Their Own Dev Orgs?

After talking to hundreds of Salesforce development teams, we think we’ve uncovered the main reason that more people don’t make use of Salesforce developer orgs. It’s not that they don’t have contractual access to more. And it’s not that they don’t agree with the conceptual framework we laid out above. It’s simply that migrating code between orgs is extremely painful. Most teams are no longer making changes directly in production, instead making changes in a sandbox. But the difficulty of getting code and configuration changes from their sandbox into production makes them chary to triple down on the problem by doing work in a large number of different orgs.

This challenge gets worse because you don’t simply need to deploy unidirectionally from your Salesforce dev org to production. To make effective use of this strategy, you will also want to deploy from production back downstream to your sandboxes. The thought of having to manage all this intimidates teams into a suboptimally simple sandbox strategy.

We understand the pain and we built Blue Canvas to address this issue directly. With Blue Canvas you can easily merge code safely between orgs continuously. This makes it possible to use Salesforce developer orgs more effectively and achieve the dream of continuous integration.