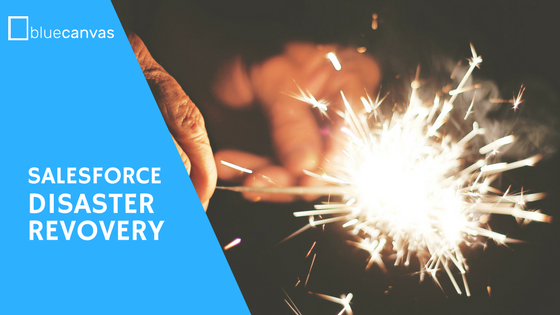 It goes without saying that your data is the lifeblood of your business. Salesforce understands this and it’s why they focus so much on Trust. Losing data about your customers would be nothing short of disastrous. Accordingly, many teams go through great length to back up their Salesforce data. And Salesforce also works tirelessly to ensure redundancy.

This horror story from 2012 Salesforce MVP Matthew Botos is illustrative:

A new developer reset the Salesforce sandbox 3 other developers were using, destroying $36,000 in custom code development. Rewriting and retesting the code would take weeks, and delay training and production deployment.

Displaying the kind of sagacity that earned him his MVP status Botos was able so save the day:

Fortunately, my best practice of making a Salesforce data backup of metadata and code code restored our progress in less than 1 day, saving the client $36,000 in rework.

Imagine losing $36,000 in custom code development in just a few minutes. It seems unfathomable, but we hear about it happening far more often than we’d like to.

Losing metadata is surprisingly easy in Salesforce and there is often no recourse for those that end up in this predicament. A common way to lose a lot of work is to run a sandbox refresh like Botos describes above. Sandbox refreshes are a great best practice and should be done frequently. However, if you aren’t careful you can overwrite all of your existing work and have no way to back it up.

Another all too common way to lose valuable metadata is during a simple deployment. Without a proper release management system in place with source control, it can be very easy to overwrite the work that your colleagues have just deployed. Say Developer A has just made some changes in the staging server. Maybe it’s an important change to a custom Apex class or Workflow Rule. Shortly after, Developer B saves his work to the same server and completely overwrites the work of Developer A. This can cause all kinds of problems and can actually be pretty difficult to pinpoint. You might spend significant time trying to figure out exactly what happened and still have no option for moving forward.

Blue Canvas takes continuous snapshots of your Salesforce metadata and stores them in Git - the most effective tool for source control management. Blue Canvas tracks both code and configuration changes. Both are equally important so both should be backed up. Many Git based tools for source control only track code changes to things like Apex Classes. But what about field updates and workflow rules? Or those being tracked as well?

Blue Canvas even tracks destructive changes. So if someone deletes a class or field or picklist value you can easily see who deleted it and when. You can always rollback to previous states of your application in a matter of seconds. This is a major relief to organizations who have experienced issues or downtime as a result of a bad metadata deploy.

But Blue Canvas doesn’t just take snapshots for disaster recovery though. It also gives you detailed insight into what is happening in your development pipeline throughout the process. Who is committing what and where? Did an admin update a field and forget to tell anybody? This will show up automatically in the Blue Canvas dashboard. This allows you to make sure that you are remaining compliant with your team’s internal and external software development requirements.

When you lose your metadata it’s very stressful. Thousands of dollars of work can be lost. The problem is that you often don’t realize you need a backup until you really need one. And if you’ve waited that long it’s too late. Blue Canvas can make such metadata loss a thing of the past. Setting up automatic, continuous backups in Git with Blue Canvas just takes 4 clicks. To learn more sign up or reach out to team@bluecanvas.io.